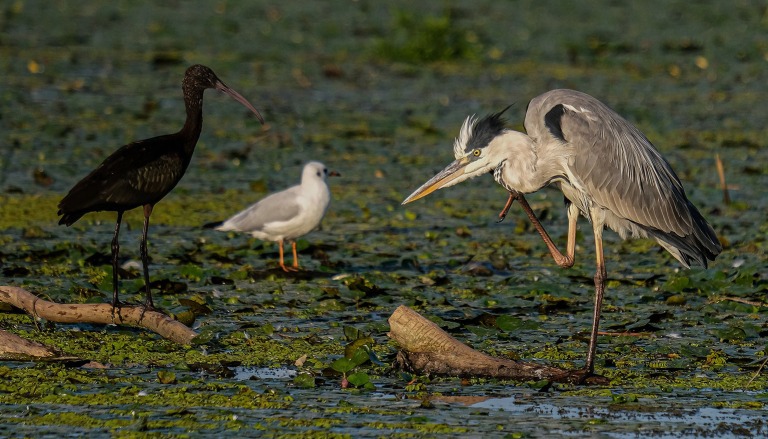 With more and more developments needing to complete an ecology survey, there is a rise in demand for the construction of ecology areas to compensate for a development’s impact on its environment.

Beginning with participation in the design of the area, Landplan’s team take great care in the construction of such a site. From the use of their extensive knowledge of the appropriate vegetation, to such finishing details as their practical experience with suitable fencing; Landplan can effectively create a natural yet protective habitat for wildlife. We are all becoming far more aware of our wildlife. Landplan are involved in reducing the risk of damaging our ecology by working to the correct time scale also in the creation of new wildlife area.

We can offer developers a vole fencing service. We hold stock of 500m so can act very quickly when required. 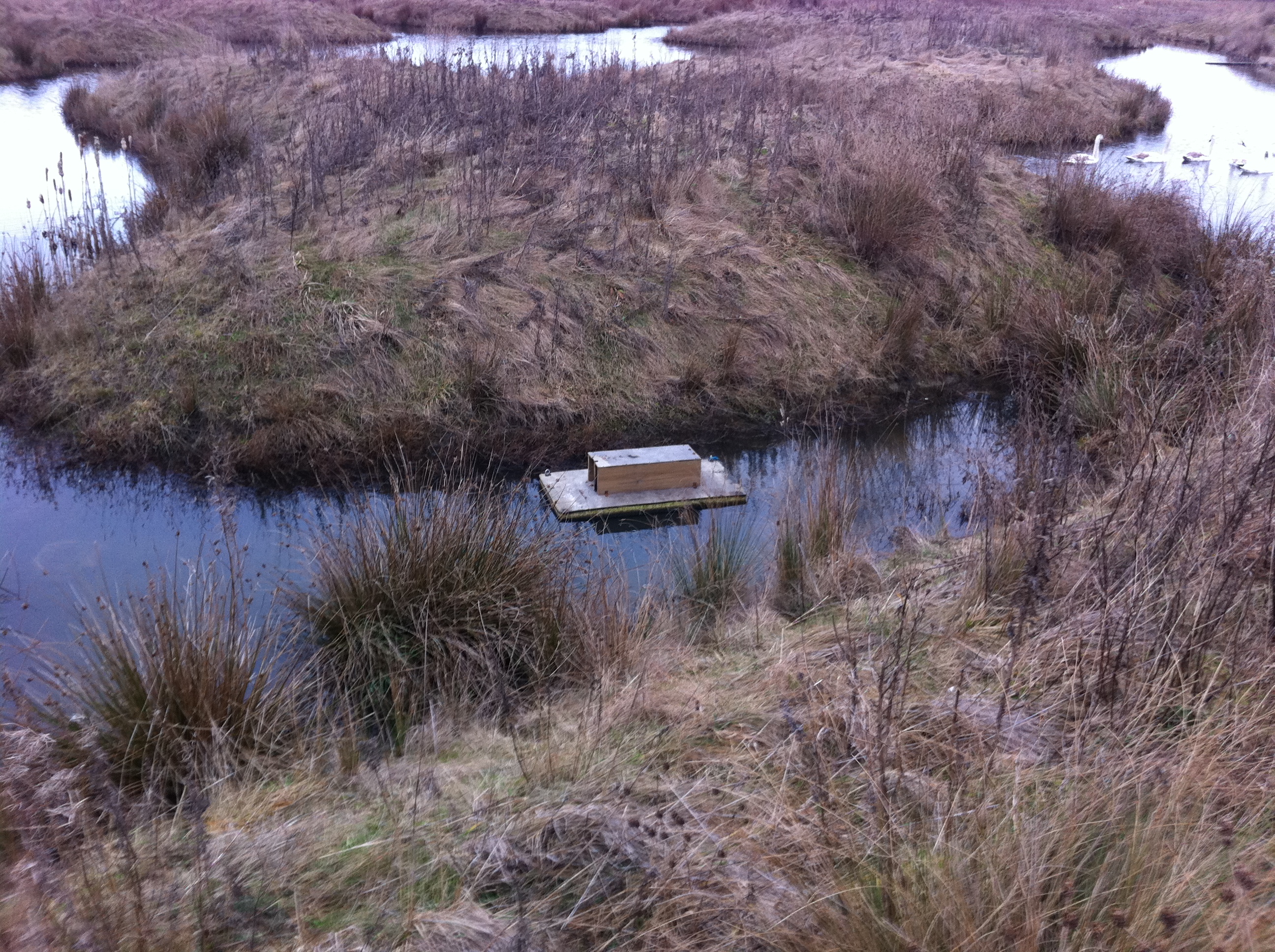 We also had to monitor the area for mink - the water voles main predator. This involved using a mink raft. These rafts can identify mink. The photo also shows the establishment of vegetation.

Landplan has completed many wildlife mitigation projects such as a new vole habitat on Kingswood in Hull. This involved recreating a network of dykes to replicate the loss of habitat due to house building. We also had to ensure the public safety by installing over a km of safety fencing and the same amount of vole fencing to retain the voles. See the works from above here: https://earth.google.com/web/@53.8068875,-0.35301605,2.7775175a,34582.17977153d,1y,0h,0t,0r

Although 80,000 marginal and aquatic plants were planted, we needed to speed up the readiness. We used our tree spade to move some big established juncas grasses to add some immediate maturity and create some immediate habitat to allow the developer to start building work.

A new road was planned by ERYC to bypass Beverley and Beverley Minster. The timing was critical as the funding was only available for a limited time. Voles were discovered and looked like holding or even stopping the road for going ahead. We won the tender to provide a mitigating habitat.

The dyke was formed. 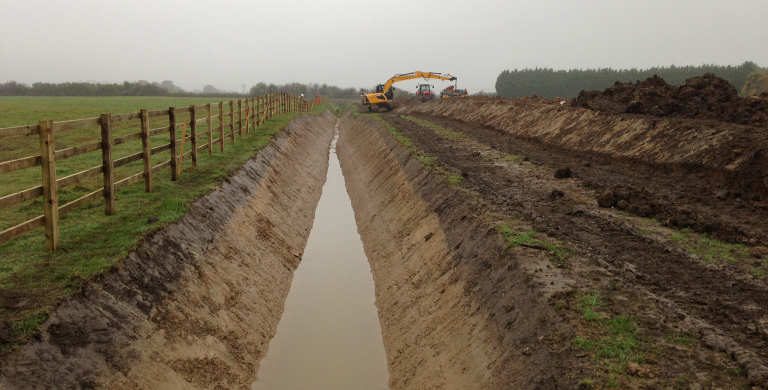 With the lack of any suitable local vegetation, we had to look further away. We sourced some wild flower turf with a suitable seed mix. 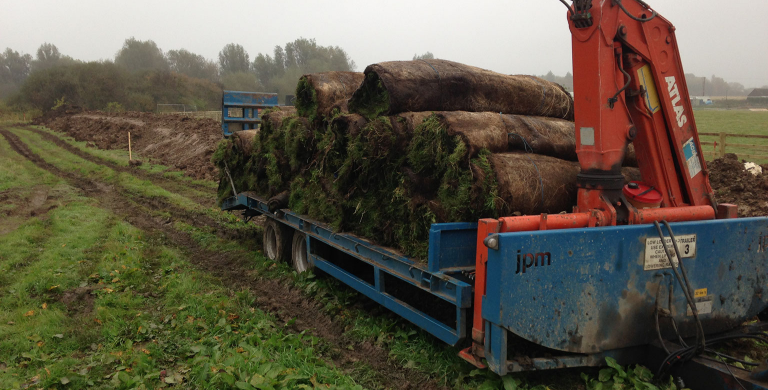 The large rolls of turf were laid. 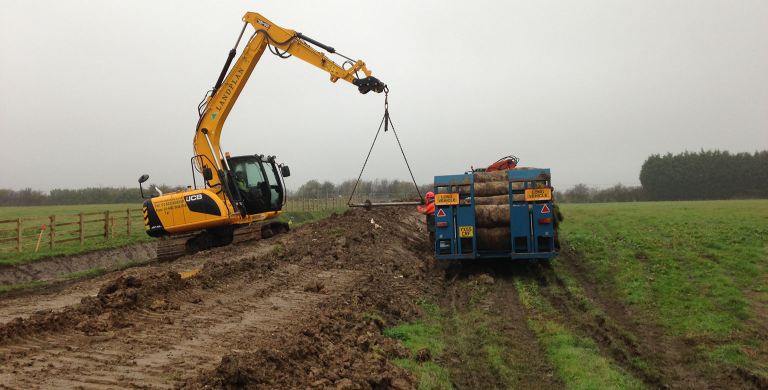 The new turf lacked height and structure critical to the voles’ safety, so some hazel wattles were used and secured with stakes. These are just visible at the water level. This gave the voles some protection from predators. Branches were laid across the dyke to deter bird attacks. The job was completed and the road was built. We even saved the Minster!

We carried out a similar project for BAE Systems at Brough. This had an even tighter time scale and a restricted budget.  We needed a new system of vegetation movement and placement.  The site contained a large amount of suitable vegetation but in the wrong place. Previously we had used a tree spade to transplant vegetation, but this had its limitations especially on steep banks that the vole’s favour and on a vertical narrow site.  We also used wild flower turf as in the project for East Riding council as the budget did not allow for importing wild flower turf.

We designed and manufactured a giant turf lifter.

Once we formed the basic dyke shape. We lifted large sections of turf and placed on the dyke sides. This created an almost instant vole area. 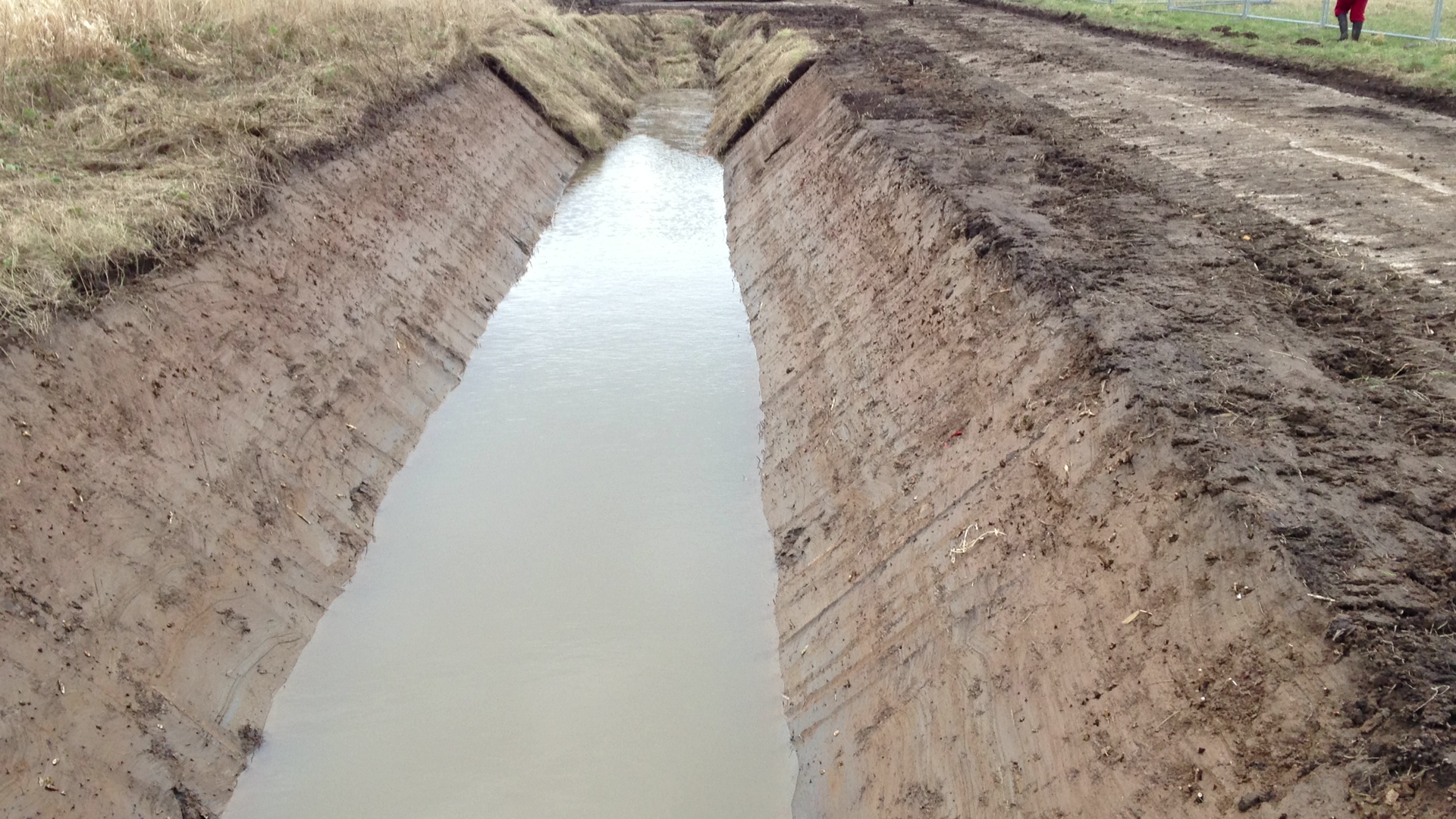 Other ecology works have included newt fencing for Balfour Beatty on the Humber Bridge dyke works that have newts present. The works were completed under a stage 1 licence.

This process is required when the tree is to be removed but is delayed due to TPO application or other issues. We can net the tree and these stop nesting birds. Nesting birds could delay or even cancel a development. This photo was taken at St Mary’s school Hull. Once planning permission was granted, we removed the netting and a new school was constructed. This process requires regular inspections and should really be used as the last option, but it can be used if the project is time sensitive. 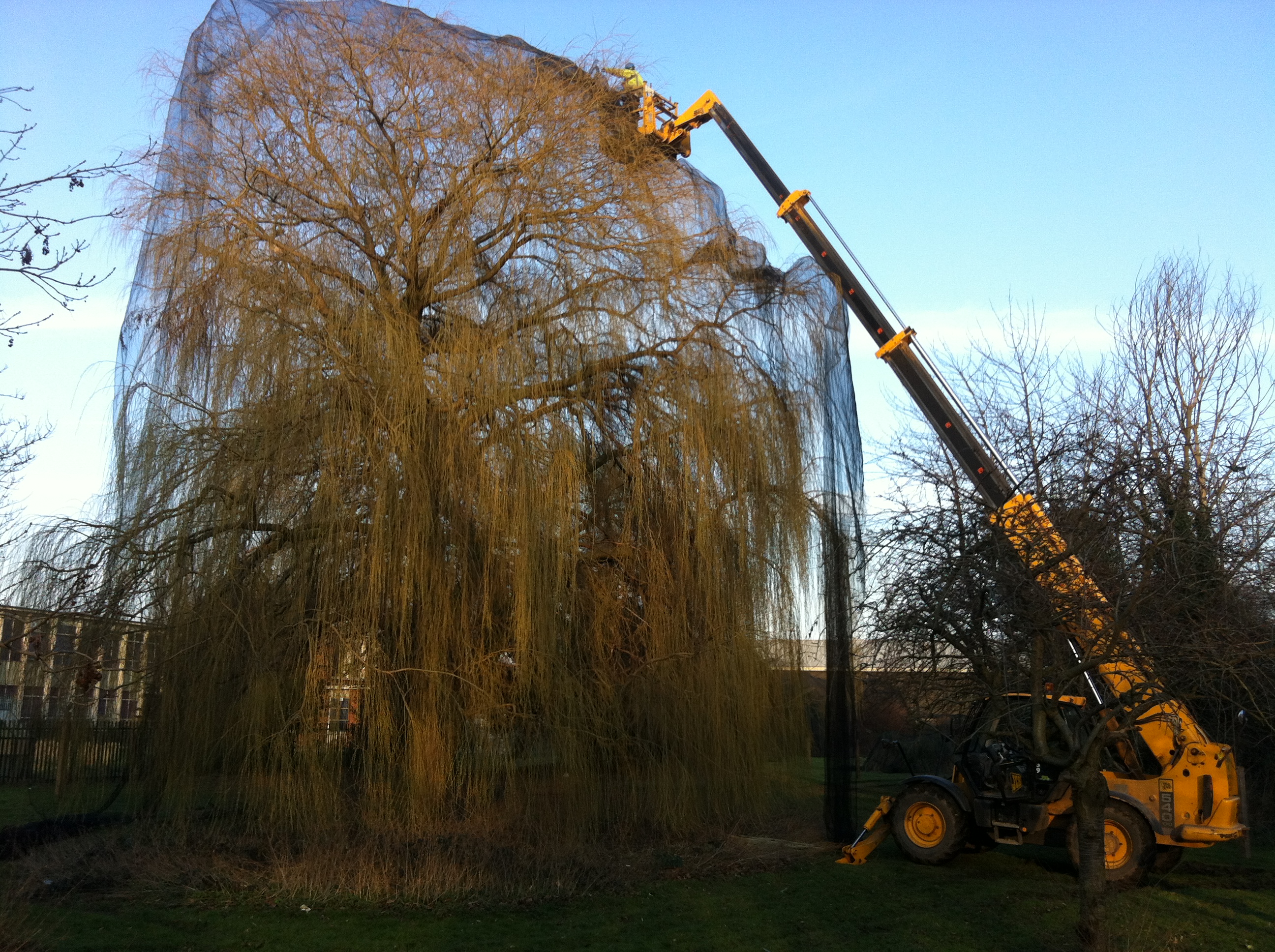 As part of a large lagoon project, a local fishing and wildlife pond was required. We installed hazel faggots and coir logs to reduce bank erosion. 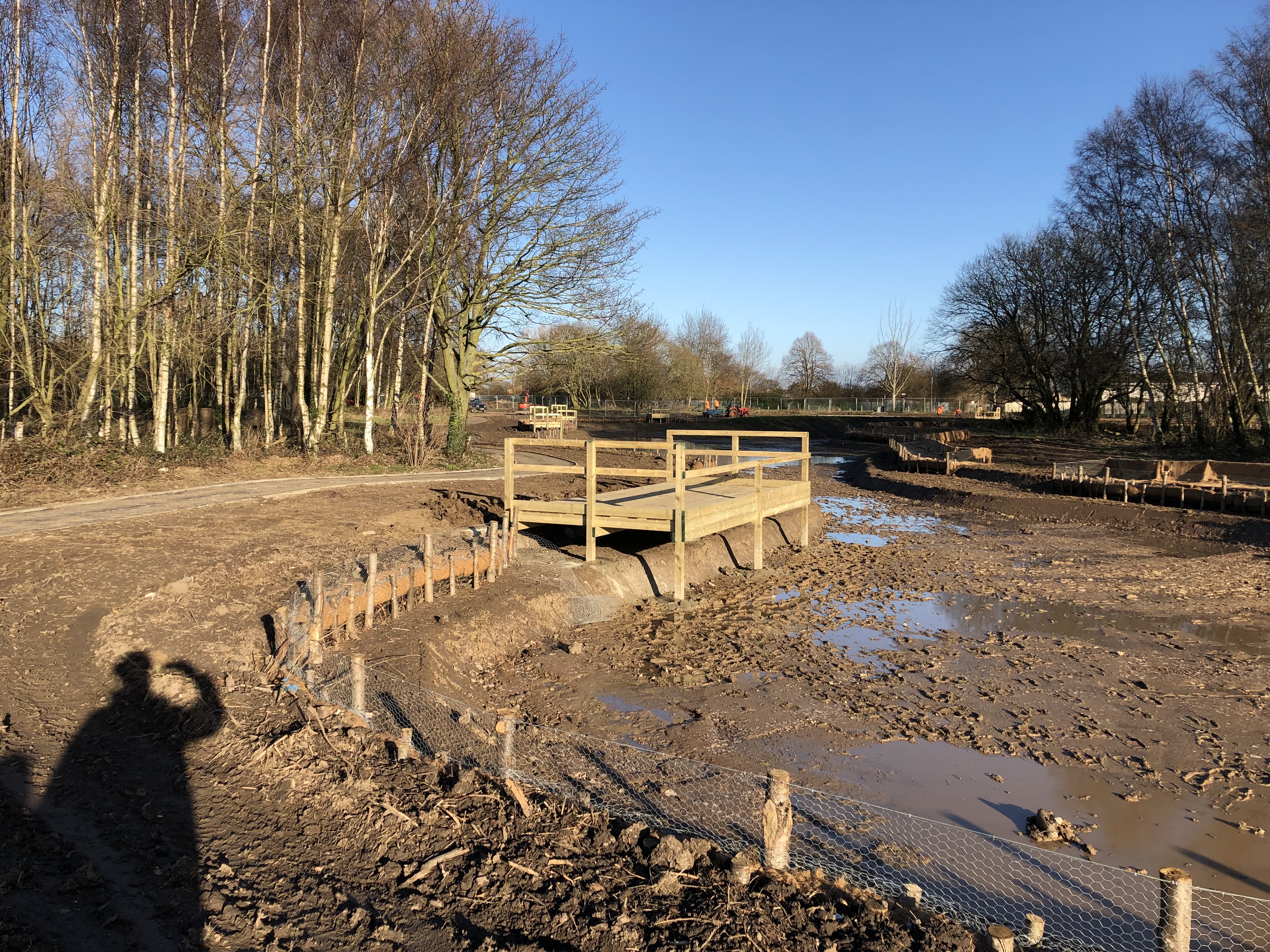 Dipping platforms were installed for the local children 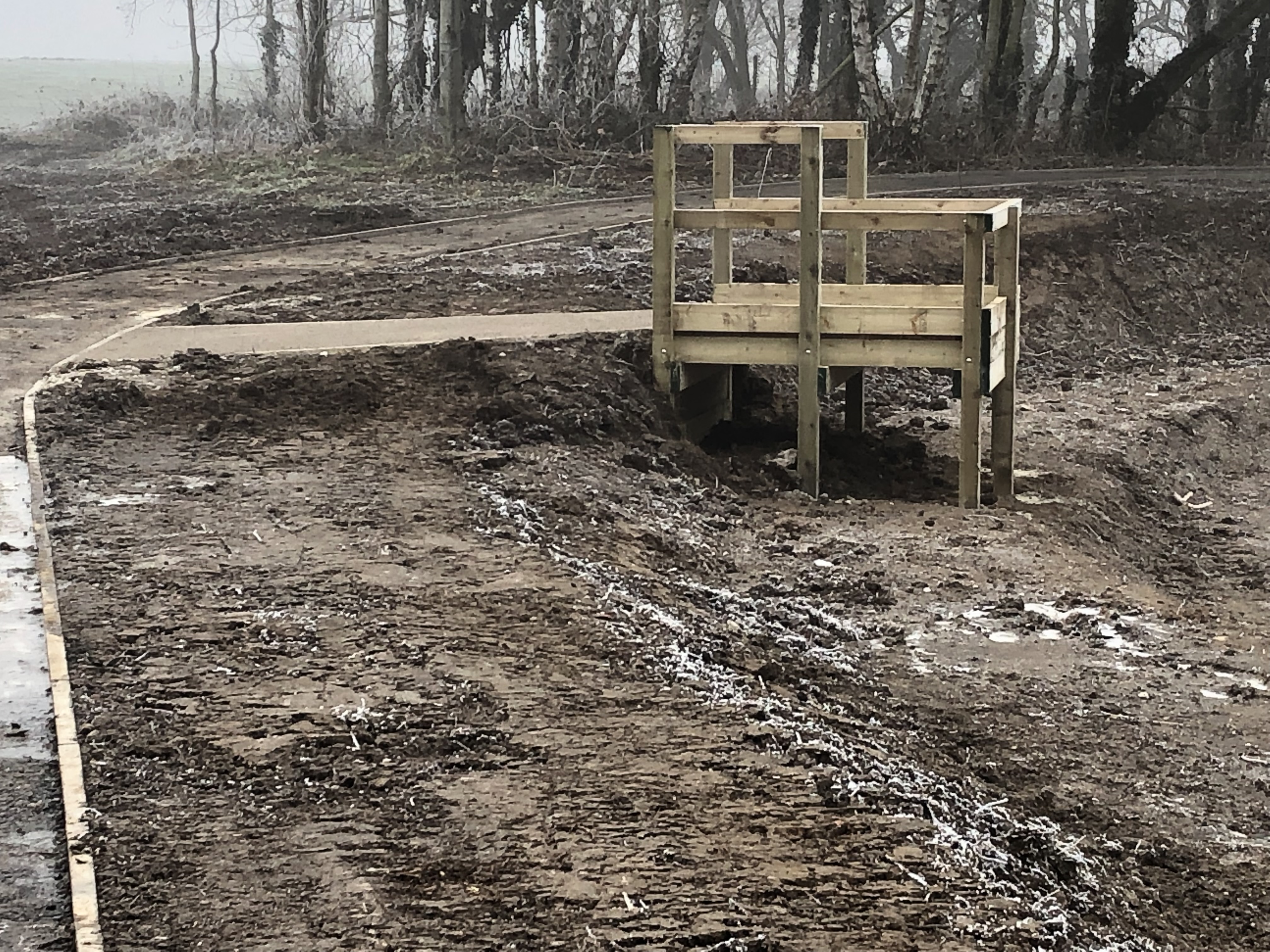 Fishing pegs for the anglers 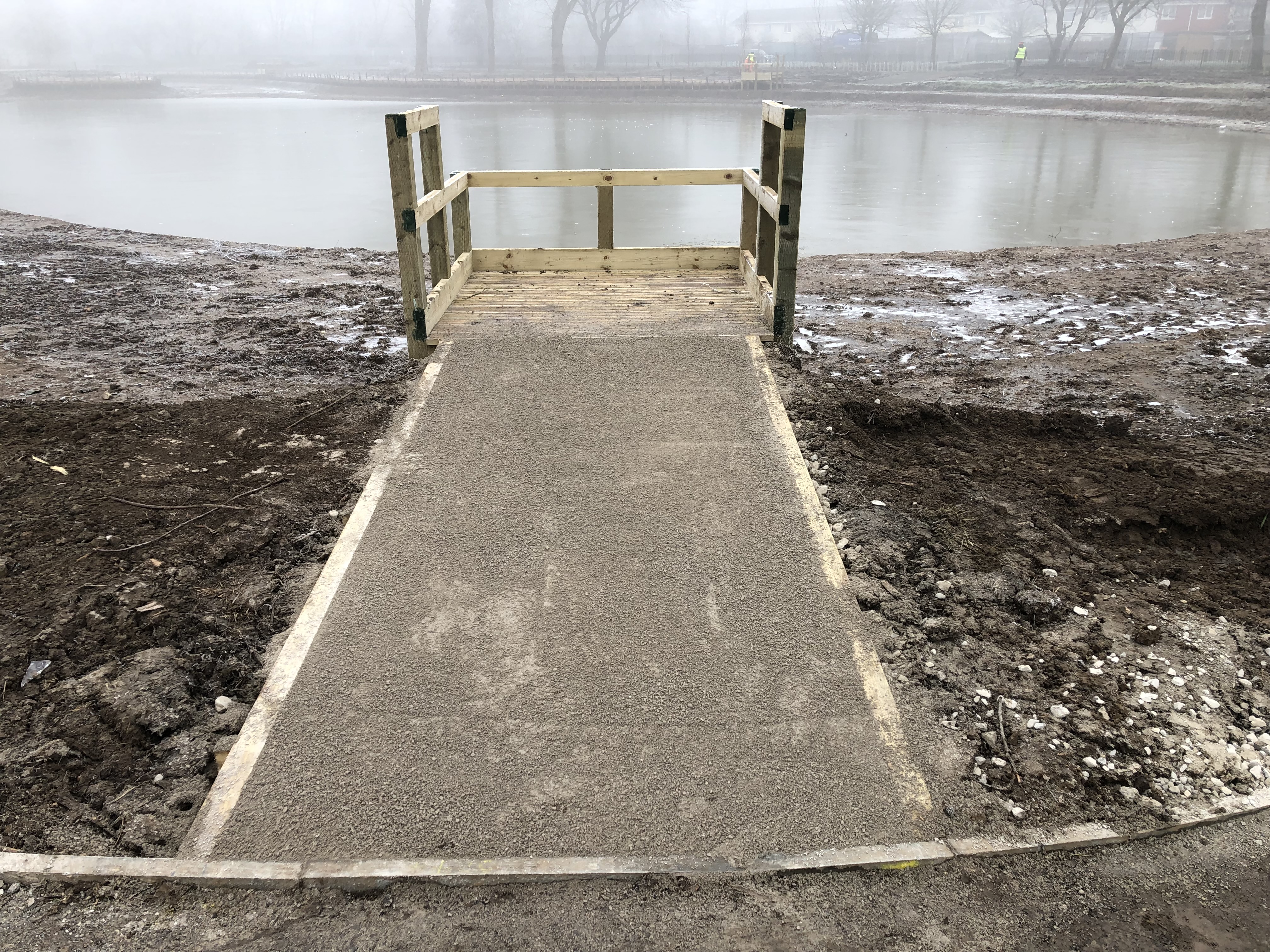 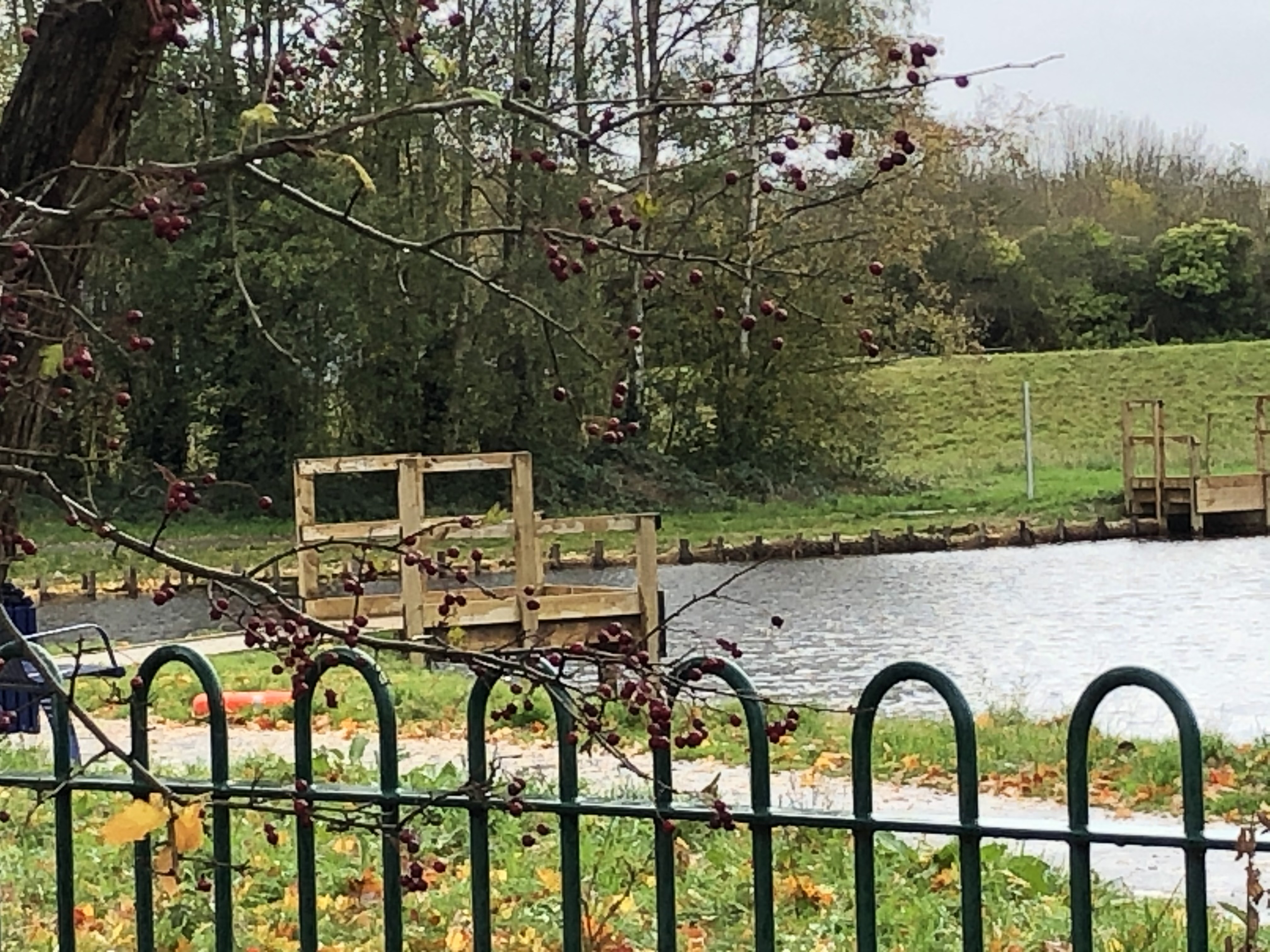 The pond was filled with water and was stocked with fish